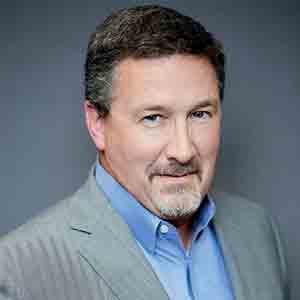 J.D. Sitton, CEO
From long-shot science experiments to an essential element in modern life, electricity is one of the greatest engineering marvels of all time. With electricity transmitted through numerous lines that criss-cross along areas far and wide, what lies at the core of these lines is the conductor. The conductor is considerably the most important component of an overhead power line because of its function to transfer electric power and the significance of its contribution toward the total cost of the line. Most overhead conductors utilize steel core wires surrounded by aluminium strands, whose electrical resistance causes the conductor to heat up under increased levels of electrical current. For an overhead conductor, when these lines heat up, the coefficient of thermal expansion causes the steel wires to stretch, resulting in conductor sag. While keeping a desired sag in overhead transmission and distribution power lines is an important consideration to permit safe tension in a conductor, too much sag in a transmission line could be problematic as it can cause short circuit events, which can then start fires and also create blackouts.

But unlike most overhead conductors, CTC Global’s ACCC® Conductors tell a different narrative. Founded with the goal of building more efficient technologies for the transmission of electricity, CTC Global replaced the steel core wires with a carbon-fibre glass-fibre hybrid composite core. And the advantage of this composite core is that it has a very low coefficient of thermal expansion that does not result in conductor sag when the power lines carry an increased level of current. “Our high-capacity, high-efficiency, low-sag, patented and extensively tested ACCC® Conductor has a core so much lighter than steel that it can incorporate about 28 percent more aluminium in the same diameter without a weight penalty,” says J.D. Sitton, CEO of CTC Global.

The added aluminium content not only carries more electrical current, but it also reduces the electrical resistance of the wire, which serves to reduce transmission line losses. “The transmission line loss reduction is profound in the fact that the reduction in the electrical resistance, as well as the line losses, helps to also reduce the amount of electricity that needs to be generated, which can save fuel,” says Sitton. Burning less fuel means that there are less CO2 and other emissions typically associated with fossil fuel plants like natural gas, coal, and more.

“With places in the U.S. and Australia suffering from severe and intense firestorms and wildfire, CTC Global is happy to be contributing to combating the effects of climate change,” says Sitton. Besides fulfilling environmental goals, CTC Global is trying to accommodate the growing demand for this much cleaner and more efficient source of electrical energy by using its advanced composite core technology. CTC Global produces the ACCC® Core in Irvine, California and also has core production facilities in Indonesia and China serving those regions.

The composite core of CTC Global has been rigorously tested and certified, and produced to ASTM standards. The company manufactures the finished conductor or the finished power line wires in association with more than 30 different manufacturing partners spread all over the world.

The composite core of CTC Global has been rigorously tested and certified, and produced to ASTM standards

Several utilities have been using CTC Global’s technology not just for specialized projects, but also for day-to-day projects that are looking for added capacity to import more renewable energy and cleaner energy to help meet CO2 emission reduction objectives of several different states or countries. Additionally, there are a lot of technical advantages that CTC Global’s technology offers, including helping improve the overall efficiency and reliability of the grid.

With the Cream of the Crop

CTC Global has conductor designs like AZR (aluminium zirconium alloy) or ULS (ultra-low sag) to deal with very substantial wind and ice load events that occur through mountain ranges in many parts of Europe. The company has several qualified manufacturing partners that are the cream of the crop and are very much in tune with the local government and the local electric power delivery people. They understand regional concerns and using this composite technology produced by CTC Global, they are able to tweak it to offer the best possible solution for the electric utility suppliers. AZR uses a high-performance aluminium alloy that adds strength, is very good for long spans, and can mitigate conductor sag caused by ice load or wind load. ULS has a higher modulus core that also adds strength. When compared to the ACSS (aluminium conductor steel supported) conductor and the conventional ACSR (aluminium conductor steel reinforced) conductor, CTC Global’s ULS core has a far greater tensile strength from about 330 ksi up to 375 ksi, with a lot less weight and a much-improved coefficient of thermal expansion. It gives their engineers and manufacturing partners the versatility in finding the most elegant solution for each of their unique projects.

As every single utility customer of CTC Global has its own criteria for accepting new technologies and embracing and deploying new technologies, there is a broad range of people that have to be educated about the advantages and attributes of the technology. It is usually a collaborative effort between people involved in long term planning and asset management, transmission, electrical, and structural engineering, and environmentalists and sustainability personnel. At the same time, CTC Global is trying to inspire policymakers and regulators to understand the importance of efficiency.

According to Sitton, the growth trajectory for CTC Global in terms of sales exceeds expectations. As the growth continues, with the company currently having over 250 end-use customers of the ACCC® Conductor worldwide, it is all gears forward for CTC Global. The next page of their story has the company announcing a new technology offering that the utilities would find to be very useful in the coming decade.

Description
CTC Global manufactures the ACCC® Conductor, which utilizes a hybrid carbon fibre and glass fibre composite core that has a low coefficient of thermal expansion. Their high-capacity, high-efficiency, low-sag, patented and extensively tested ACCC® Conductor has a core so much lighter than steel that it can incorporate about 28 percent more aluminium in the same diameter without a weight penalty. The added aluminium content serves not only to carry more electrical current but it also reduces the electrical resistance of the wire, which serves to reduce transmission line losses. The composite core of CTC Global has been rigorously tested and certified, and produced to ASTM standards 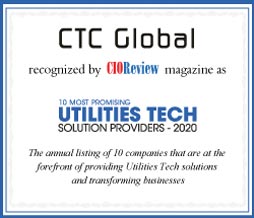 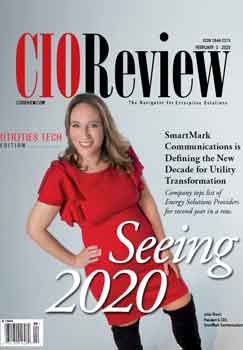