Charting the Course to AI in A Public Utility

Charting the Course to AI in A Public Utility 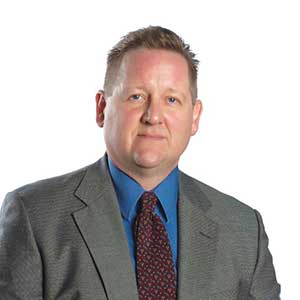 Few terms are as widely used but little understood as “Artificial Intelligence.” The term itself was coined in 1955 by a Dartmouth University professor. In the 60+ years since AI has arrived, but a common understanding of the term has not.

Thanks to Hollywood, the term AI conjures up images of Arnold Schwarzenegger in The Terminator, or C3PO in Star Wars. But this Hollywood version of Artificial Intelligence robots displaying consciousness and personality is not reality today. And truth be told, it isn’t likely in the near term, or the medium term, if ever.

AI, by definition, refers to any technique that enables computers to mimic human intelligence, not to recreate it. We operationalize AI by creating systems that make decisions on our behalf.

With Data Scientists and AI Engineers sitting side-by-side, solutions are built intentionally to support the training of deep learning models and the deployment of machine learning solutions

By contrast, commonly appearing near the term “public utility” are adjectives such as stable, mature, staid, and so on. Rarely do we hear such terms as futuristic or visionary. Born during the Industrial Revolution, utilities would appear to be the farthest thing from the “born digital” startups with AI in their DNA, like Amazon or Uber or Tesla or Netflix. But appearances can be deceiving.

Making a Virtue out of Necessity

Whether willingly or not, undeniable developments are changing the entire landscape and driving utilities to pursue digital transformation and business innovation. These trends include:

At Duke Energy, our strategic objectives are contained in a plan called “The Road Ahead.” In late 2017, our CIO convened a cross-functional team including leaders from IT, Data Science, Emerging Technology and the business to explore how digital transformation can advance these objectives.

To address some of the growing challenges and to achieve those strategic objectives, that multi-week exercise identified key outcomes to deliver: the outcomes of Connected Customer, Digital Worker, and Intelligent Operations.

One of the imperatives to reaching all of those outcomes is to create world-class business operations by embedding AI in our processes. Interested parties in our data science and IT organizations had already been studying the topic of AI with the notion of finding a use case with training wheels. Now confirmed in our direction and confident of leadership support, we moved ahead with purpose.

We found the term “AI” was used by many, each with a personal understanding of the term. One of the initial efforts to deliver AI was arriving at a shared definition of the term. We found a definition in general use by universities and trade associations, and produced a series of roadshows at staff meetings and company events to establish a common language.

But daily obligations meant full attention could not be devoted to gaining skills necessary to build AI into utility operations. In early 2018, this informal interest group morphed into a dedicated durable team in the slipstream of a reorganization.

From Concept to Concrete

This durable team was dubbed the MADlab, the acronym MAD representing Machine Learning, Artificial Intelligence, and Deep Learning. With Data Scientists and AI Engineers sitting side-by-side, solutions are built intentionally to support the training of deep learning models and the deployment of machine learning solutions.

Using Agile methods and Design Thinking, the MADlab team developed and deployed our first AI solution into production in the first half of 2018: an automated image analytics solution for field asset inspections, which generated significant O&M savings compared to the legacy method. But the primary benefit was the development of the internal knowhow, skills and infrastructure to be able to use a similar approach on a large number of other assets and associated image data sets.

We pursued a similar approach to our first Natural Language Processing (NLP) deployment, which automates responses to standard inquiries. Once again, significant savings were generated compared to the old means of handling inquiries, and the results were faster and more accurate. Now more than a dozen NLP initiatives are in flight using lessons learned from that first NLP deployment.

Both of these were relatively small-scale efforts to prove the applicability of AI to our internal processes, and in these cases, our customers would certainly be unaware that some of our business processes are now actually being done by AI agents. These AI agents are supporting the goals established in The Road Ahead.

In addition to Computer Vision and NLP applications of AI, utilities have tremendous scope to leverage AI in seven major areas including Predictive Maintenance, System Optimization, Recommendation Engines, and many others. And at this time, Duke Energy has work in progress in every single area.