Are Self-Driving Electric Cars The Next Big Thing?

Are Self-Driving Electric Cars The Next Big Thing? 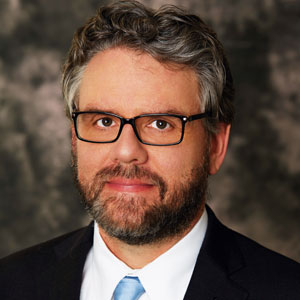 Austin hosted a self-driving electric bus demonstration this year. One of the very first passengers was a centenarian named Julia. As Julia was whisked around the route without a human driver, she remarked that as a child she rode around in a horse and buggy. As she departed the autonomous electric ride, Julia smiled and stated, “This is the future.”

The future of mobility is increasingly moving towards electric vehicles (EVs), and both industry and government are significantly investing in this future. Tesla, an all-electric vehicle company, valued at $51 billion surpassed the market cap of Ford and General Motors. France, the world’s sixth largest economy, recently announced that it will end sales of gas and diesel cars by 2040. Volvo announced its plans to manufacture only electric or hybrid vehicles starting in 2019. The combination of market, policy, and industry innovation supports a bull market for transportation electrification. This trend is also supported by a historically strong growth curve as demonstrated by a 74 percent increase in EV sales from March 2016 to March 2017 in the U.S.

EVs are also much cleaner to operate as they have no tailpipe emissions and get their energy from an increasingly greener electric grid. According to the U.S. Energy Information Administration, the transportation sector in 2016 became the number one contributor to the U.S. greenhouse gas emissions. Austin’s utility, Austin Energy, has a strategy to compound emissions savings by getting vehicles switched over from petroleum to electricity while concurrently increasing renewable energy production. Austin Energy’s current renewable energy target is 55 percent by 2025 and the utility’s 600+ public charging ports are fueled by its 100 per cent renewable energy credit program, GreenChoice®.

The future of mobility is increasingly moving towards electric vehicles (EVs), and both industry and government are significantly investing in this future

For autonomous vehicles (AVs), it’s a race and a synergy between automotive manufacturers and Silicon Valley to develop, deploy, and manufacture AVs to scale. According to Navigant Research’s “2017 Automated Driving Systems Leaderboard,” Ford, General Motors and other vehicle manufacturers are leading the race, but you are also seeing investments and collaboration among all parties.

AVs are well positioned to combine the convenience of ride-hailing apps while greatly undercutting the costs and hassles of car ownership (e.g. fueling, maintenance, parking). This convenience aligns well with the younger generation’s view on mobility as a service. AVs are also expected to be much safer as they consistently obey rules and do not get distracted or tired.

There is a realization that new, innovative approaches are needed to solve explosive population growth in many of the world’s cities. In 2016, Austin realized 159 net new people moving here per day on average. Austin is also close to a 1:1 car to person ratio. With that type of growth, it is impossible to “pave our way” to a sustainable solution by simply expanding roads. As such, Austin’s City Council passed a resolution to “shift the City’s transportation system to one that enables Shared, Electric, and Autonomous Mobility Services and provide a City ready and willing for it.” Austin is no stranger to EVs or AVs. Google has been testing AVs on Austin’s public streets for years and Austin Energy launched its public charging network in 2012. What makes this resolution particularly interesting is the linking of electric to autonomous to address the community’s vision of next wave mobility, cleaner air, and to become a C02 net-zero emission city by 2050.

So why should utilities care? Transportation electrification offers the largest and potentially the most profitable load growth for utilities today. Even with a low usage rate for cars (a typical car is parked 95 per cent of the time), today’s electric vehicles consume about 4,000 kWh per year. Electrifying the nearly million cars on Austin’s roads represent a market opportunity of $400 million per year in an area where the majority of charging is done at the night during the lowest Texas electric prices. Electric Autonomous Vehicles (EAVs) have the potential to require 40,000 kWh per vehicle per year. In Austin, a fleet of about 10,000 EAVs (the estimated current number of ride-hail vehicles on the road) will generate a revenue stream of $40 million per year in electric fuel alone.

Additionally, electric vehicles at 25-100 kWh per car have a considerable amount of storage that can be leveraged for distributed energy resource value streams to include demand response, demand charge reduction, time of use, and vehicle to grid/home applications. In comparison, a Tesla residential fixed-storage system weighs in at only 7kWh.

For many, the synergy and benefits of electric paired with autonomous is obvious but that debate is not over. As such it’s important for utilities to reduce barriers to promote the EV part of the EAV revolution.

So what can utilities work on today to get EAV ready? First, each utility should have a team dedicated to transportation electrification as it is important to develop in-house expertise and garner lessons learned. With such a tremendous opportunity and disruption to our current transportation and utility operations, it is essential that we realize how to capitalize on these opportunities. Some specific programs and projects at Austin Energy include providing public stations, EV fleet vehicles, marketing campaigns, a multifamily program, an EV low-income program, EV time of use rates, pilots of EV grid integration, and support innovative policies — all geared to reduce barriers and capture opportunities. Why do we do all of this? Because as Julia predicted, “This is the future.”