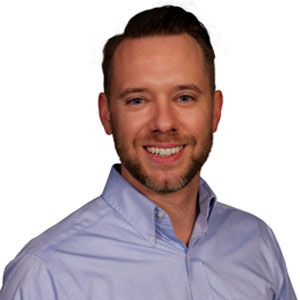 If the grid of the 20th century was built in the image of the greatest generation and the Eisenhower Administration, then the grid of the 21st century is built in the image of millennials. As such, millennials have a growing role in shaping the grid—and that is a good thing. As the more analog grid is switched out to a more connected digital grid, the drivers of this evolution, namely—the next generation of customers and the workforce—are increasingly Millennials. And more importantly, what millennials want the grid to look like and how they want to use it are factoring into its development.

At the end of 2017, many traditional utility IT executives are looking at their 2018 budgets with an eye to the 80/20 problem: 80 percent of budget programmed to “keeping the system going” and 20 percent of budget allocated to really tackle the areas where investment can track toward a future-ready grid. Meanwhile, energy outsiders are entering more areas of the traditional utility’s domain. This dynamic is fueling trillions of dollars of combined market capital spending on millennial staff, organizational capacity building for a digital era, R&D, and commercialization and innovation.

One simple pro-tip to hack your annual budget: instead of using your training budget for off-sites for a week where little practical application is gained by your staff, ask your staff to use those funds to run a pilot, and learn on the job with a variety of future implications

The millennial generation and younger are more familiar or native to the digital tools coming onto the grid than generations that come before them. Millennials in IT departments are already operating within a digital and data analytics framework that matches the needs of the energy ecosystem. The younger generation of energy IT executives are more diverse, gender balanced, and adept with new skills and ways of doing things. This fact, paired with the new digital tools and information technology—especially energy analytics—fuels new ways to solve problems across the IT field, and it is leading to results.

Austin Energy and Bandera Electric Cooperative offer two examples of listening and responding to the next generation of employees and customers, and offer lessons from those efforts.

I spoke with Greg Flay, CTO at Austin Energy, and he shared this perspective, “at the individual contributor level in a utility IT department, the diversity of skills and perspectives in a younger workforce challenges the traditional utility management culture.” Flay elaborated on the value of new modes of learning in the younger workforce, with their “comfort with iteration and bias for action.”

The millennial generation will likely create a grid that looks very different than the one that exists today. This generation enjoys figuring out puzzles on the job, in realtime, and are more than fine with producing just enough of something—failing fast and minimum viable product are commonly praised as beneficial. This is a new mindset in an industry where developing defined requirements over a dozen months to keep handy in case something failed.

While Austin Energy was recently named Utility of the Year by Smart Cities Dive, it still lives in that 80/20 paradigm, and the utility is still a city department. New IT hires at utilities like Austin Energy may also spend time doing ordinary tasks such as filling out administrative work or working in Microsoft Office Word and Excel, 2005, rather than working every day with virtual reality, artificial intelligence, and advanced energy analytics tools. However, for many millennials rewarding work means building something that is larger than yourself, and this drives a lot of new talent to this field.

Bandera Electric Cooperative’s (BEC’s) 2014 customer survey provides an example of taking real opportunities to learn and adapt with the millennial generation and its desires. That year, a question on the survey asked what else members wanted from their cooperative. The overwhelming response was high speed internet access. This left the new CEO, Bill Hetherington a bit flummoxed and stuck with a paradox: he was not a telecom provider but his consumers were basically asking him to become one.

So what did he do? Hetherington dialed up all the telcos and other providers in the area and found they wanted nothing to do with rural Texas, especially around Bandera. Some even hung up on him. So BEC adapted, creating BEC Fiber. BEC Fiber provides fiber to homes and across the service territory, to be completed as rates, scaling, and registrations allow. It is now live and being installed across the service territory to each member. BEC headquarters are now modernized, with solar and wind demonstration projects in the front yard, and high speed internet access is now available to anyone roaming the hills and valleys of Bandera, Texas. As Hetherington said over lunch, “Bandera came to a conclusion that a lot of utilities are uncomfortable with, namely, customers want it when they want it, and they want it now, whether they’re in Times Square or down on TX-16 in Bandera County, Texas.”

Both utilities found ways to bring the next generation into the development of the grid of the future. Both utilities—one urban, one rural, both in the heart of Texas—see promising returns from that investment.

The New Bridges and Barriers to an Integrated World view

Data Literacy –What is it and Why Should Your Company Care?